One of the key things to realise about productivity and making progress on your meaningful projects is that getting started is always harder than carrying on.

Just like rolling a boulder down a hill, once you’ve raised the initial energy and pushed it far enough, keeping that boulder in motion becomes a lot easier. You just have to get through that initial effort.

The simple fact is, if you can get started on your projects, you’re likely to get into the flow and keep moving forwards on them.

So one huge way to improve your productivity is to take the mental barriers that prevent you from getting started seriously.

Get up in the air

Think of a jet plane making a flight. That airplane is going to burn a lot of fuel on its journey.

But the fuel is not burning equally throughout, however. Getting the plane off the runway and into the sky churns through fuel at a much higher rate than cruising at 40,000 feet.

It’s the initial energy, lifting the weight against the forces that want to keep that plane firmly on the ground, that is the most difficult challenge.

Once this natural resistance has been overcome, the plane can cruise at a much lower burn, even though it is making steady, speedy progress towards its destination.

Getting started and gearing yourself up for a session of work is what actually burns the most mental energy. Once you’ve made it past this first stage, it’s so much easier, and you can cruise forwards with much less effort.

So let’s stretch this metaphor even further.

When you’re the passenger on a plane, you can take steps to make sure everything proceeds smoothly. You can do the same when it comes to your personal productivity!

The reason we are asked to turn off our phones and electric devices is becasue they can cause disturbance on the radio waves, and distract the pilots.

Nobody wants this during probably the most critical phase of a flight – the lift off.

Our phones pose even more risk to our concentration when trying to do serious work. Beeping, vibrating and flashing phones are the perfect distraction machines, and they are highly likely to prevent you from getting up into the air if you let them.

Switching your phone to airplane mode, or at least putting it out of reach, is a great way to block out distractions.

Pull the buckle tight. During this initial stage of getting started with your work, you’re likely to feel the temptation to get up and do something – anything – else.

That washing that you’ve been ignoring for days, or that slightly dusty shelf might be calling to you loudly all of a sudden.

But this is the time to mentally look up and see the little illuminated seatbelt light that keeps you pinned into your seat for a while.

You just have to stay still and ride out this difficult part of the process.

It could get bumpy.

3. Push through the discomfort

I fly regularly, but I’ve never lost the discomfort of flying and particularly taking off.

I don’t like it, and it always has me gripping the armrest or the knees of my fellow passengers.

For me, and a lot of other passengers, taking off is the worst part. We grin and bear it, however, because getting to the destination is worth it in the end.

Getting started working is uncomfortable too. It often feels difficult and challenging, but we know that if we can get past that hurdle, we’ll be in a better place.

One technique that I’ve found works in both cases is to use music.

Music can stop your mind running loose – whether it’s distracting you from imagining all of the ways the plane could plummet from the sky, or from worrying about how difficult completing the current project will be.

Distracting yourself from the reality of the process, so you can forge on regardless, is a good tactic for getting into the zone and getting things done.

It’s important to realise that inspiration doesn’t need to come on this journey with you.

Getting up in the air feels even more difficult when you’re not feeling excited or inspired, but you don’t need it and shouldn’t rely on it.

In the War of Art, Stephen Pressfield talks about a great quote from Somerset Maugham, who was asked about his writing schedule.

“I write only when inspiration strikes,” he replied. “Fortunately it strikes every morning at nine o’clock sharp.”

This perfectly encapsulates one of the great myths about creativity and productivity. That you have to be inspired to get started and make something incredible.

Sure, a healthy dash of inspiration can be helpful for generating that initial motivation and uplift, but generally, even a project that gets your heart-rate pumping and your mind racing while you’re thinking about it will lose most of its sheen, novelty and inspiration as you get deep into the weeds with it.

Is the Voice in Your Head Holding You Back?
How to Stop Procrastinating Once and For All
Roam Research: a Game-Changer for Freelancers and Solopreneurs

Would you like to be part of my upcoming book?

This post is part of a series I’m writing based on my upcoming book on productivity. If you would be interested in gaining early access to the contents for free, and helping to bring it together, please drop me an email. 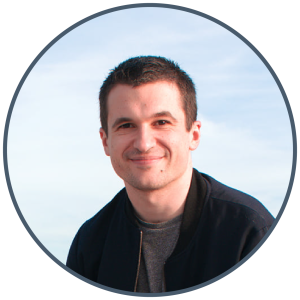 Freelance Success is a coaching platform to help budding freelancers take the right steps, and develop the right mindset for success.